skip to main | skip to sidebar

Some examples of MY RUNNING MUSIC !!! (Just click play to listen and enjoy) This was my second time running this fabulous trail race. The course was changed from last year but it was a much more fun and scenic route this time. I was on the waiting list for this event and wasn't sure I'd get to run. But just a couple weeks before the race Jim Skaggs (RD) emailed me saying I could still get in. I wasn't going to try and beat my time of 8 hours 57 minutes from last year because I was getting ready for my first 24 hour ultra just seven days after this 50 miler. So I planned on going at a slower pace and use it as a training run for my 24 hour race in Moab the following saturday.

My friend Marcee said she wanted to run with me since she didn't think she was ready to go super fast. It was a very cold morning when we started in the dark and Marcee struggled with stomach pains for almost the first 5 hours of the run. Finally after the sun warmed us up a bit Marcee felt better and we were able to run the last 25 miles faster than the first 25. I've never pulled a negative split in an ultra race before so that was pretty cool. We did the first 25 miles in about 5 hours and we finished strong in under 10 hours with a time 9 hours 44 minutes. My dad, wife and daughter drove out to the island to watch the finish. They got there just in time to see Marcee and me at mile 43 and then again at the finish. Taila was so excited to run with daddy she met me almost a quarter of a mile from the finish. She ran her little heart out in her boots...hehehe until she finally asked to get a ride on my shoulders to the finish line. Me showing off my Brazil135 race shirt!!! This was my first ultra since my 135 mile race in Brazil back in January. Marcee and I finished in an okay position, 22nd and 23rd overall, of 50 who finished the race. I had really only planned to run the 50 miles in 10.5 hours, but after I promised Marcee she could still finish sub-10 hours I had to stick with my promise and push the second half pretty hard.
The Buffalo Stew at the end of the race was really yummy!!! You should try it if you have never had it before. So...after only 7 days of rest from running 50 miles of trails on Antelope Island in under 10 hours I was off to Moab with my dad (Gary), wife (Sandra), daughter (Taila), and Taila's sidekick friend Ali. Their plan was to go sight seeing in the famous Arches National Park, my plan was to run a 5.37 mile loop trail for 24 hours. I got to the Start/Finish/Aid Station area early to setup my little rest stop area. I soon moved my things next to my friend Davy Crockett who had a nice big tarp laid out on the dirt ground right next to the check-in station. The race began at 7:00am sharp, just light enough to run without flashlights, but still cold. The first couple loops I stayed with Crockett and we talked a lot as we held a very quick pace for such a long event. We joked a bit at how easy the climb was to the backside of the loop, it wasn't until the 3rd and 4th time around I already wondering how on earth I ran the entire uphill sections the first two loops. This was quite a technical and difficult 5.37 mile loop with a lot of variation. There were lots of climbs and descents, rocks and sand, and the downhill section was all on rough slickrock sandstone, harder than concrete and with lots of empty water holes and cracks and drop-offs. The easiest section was a soft dirt path that crossed a stream several times. My 4th lap around I started to bonk bad....low energy, sick to my stomach, not much of an appetite and tired. I couldn't believe it...only 21 miles into this thing and I was already doubting I could continue for one more round, let alone 20 more hours!!! I slowed down and took time at the next few check-ins to sit and try to eat and drink and get feeling better. I really wanted to break 100 miles in 24 hours, but this trail was tougher than I had thought it was going to be, and after my low point so early in the race I really didn't think I could come anywhere near 100 miles. I wanted to do what I did in Brazil a few months ago and just keep a consistent pace. I got a routine going and once I was in my groove I notice I could make each loop and rest stop in almost the same time every time. My family came out to see me a few times that first day and my dad came out a third time at night to wish me luck and cheer me on. He told me I was in 5th place after 11 loops, but I know a lot could change through the night. There was a terrible headwind on each ascent most of the afternoon and evening. Finally at night the wind calmed some and the clouds rolled in and kept the temperatures fairly mild. I hadn't seen several of the runners I had seen all day. Either they were ahead of me or behind me keeping the same pace or they had stopped. Later I found out that several had quit during the night. When I finished loop 15 I was told I was in 3rd place, behind 2nd place by about 17 minutes. I was really tired and my stomach was getting worse every passing loop. I just hoped to finish 17 laps (91 miles) at least, but I knew that if I could hold my routine of 1 hour 30 min loops with rest stops I might have just enough time to finish an 18th lap. Sure enough when I came into the check-in after my 17th loop I was in second place and had exactly 1.5 hours to until the 24 hour time limit was up. Could I pull off one more loop? I had thrown up on lap 17 and felt a little better, but I couldn't see how I could do another lap any faster than the previous.
Well, I looked at the guy tracking our times and said "Cross your fingers that I make it back here before 7:00am" he laughed and said something to the effect that I was NUTS!!! Somehow I managed to pull off the last 5.37 miles of this now "difficult" trail in 1 hour 25 minutes. As I came up the last little climb on that dirt road to the finish line I could see my dad cheering me on. He had arrived and saw that I left on an 18th lap with such a close time to finish...when he saw me he assured me I was in the clear to finish the 96.66 miles just under the 24 hour mark. I couldn't help but cry inside.
Thoughts of the entire day before and the long night rushed through my mind as I made my final steps to one more victorious finish in my book! http://www.geminiadventures.com/UtahResults.html
Posted by Jarom's Running Page at 11:09 AM

Jarom, you had an amazing race. You really helped motivated me and keep me going. Glad we were able to run together for awhile. You recovered very well after loop 6. Way to go.

Dude, you never cease to amaze me! You are a rock star!! I am so happy for you, you so deserve everything you are working you. I stand in awe!

one word
unbelievable!!!!!
with your success in your ultras it really keeps me focused and going in my professional triathlon career. I wish I could have been there.

Jarom,
Wow!! What an awesome accomplishment, you should be so proud. It is clear that it takes not only amazing physical strength, but also mental strength to complete these races. You are very inspiring! Keep up the good work!
Anjie

You rock! Totally nuts, but amazing! I couldn't run for my own life if I had to...well, I guess I have, a long time ago, from a bunch of cows...hahaha. 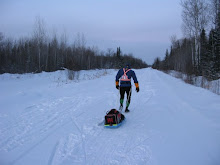 Watch the Brazilain TV video documentary by clicking the picture! Watch my Badwater 2008 race video by clicking on the picture!

More cool blogs you should check out!!!